The scene, depicting the birth of Jesus, consists of specially-commissioned figures, hand carved in Italy from olive wood. This nativity scene originally belonged to the Woodward’s department store and was a key feature in their Christmas window displays from 1955 until the chain closed in 1993.

Throughout the seasons of Advent and Christmas (typically the beginning of December through early January), the Cathedral prominently displays this scene in its west alcove. All who wish to take in a piece of Vancouver’s history, or to spend some time quietly reflecting on what this scene means to them are welcome to visit. 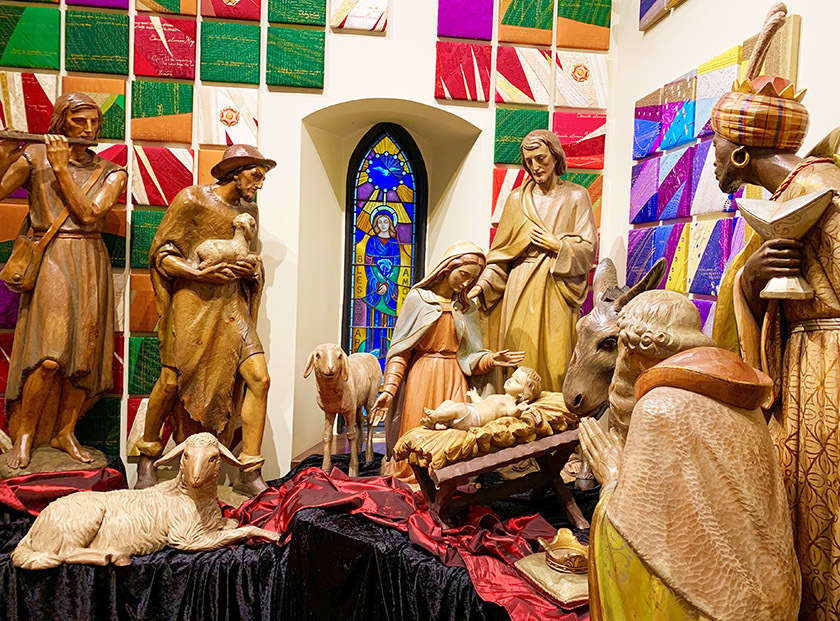 You've heard of the 24 hour Fireplace channel, or the Yule Log channel. For Advent 2020 the Cathedral is pleased to present: The Christmas Creche Channel!

Live from the West Alcove, a 24hr/day stream of our iconic Woodwards' Nativity Scene. Each week more figures will be added to the scene, and if you're lucky, you'll catch one of our surprise "guest appearances."

Take a few minutes to sit in silent prayer, or restful silence, with the shepherds en route to Bethlehem.