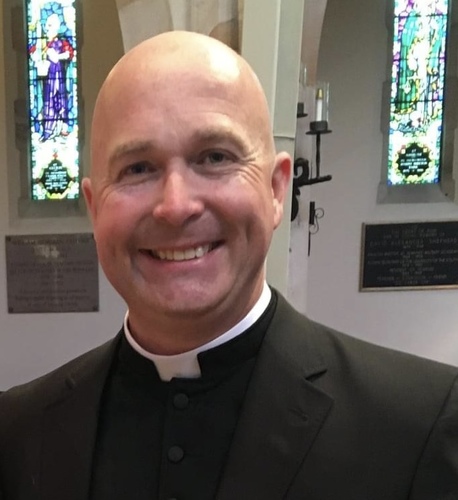 Before arriving in Vancouver in May 2022, Adam served as a lay professional in parishes, dioceses, and religious organizations throughout North America. He began his career as a youth minister at St. Michael and All Angels' Episcopal Church and later at St. Martin's-in-the-Fields Episcopal Church, both in Columbia, South Carolina. He served as Missioner for Youth and Young Adult Ministries in the Episcopal Diocese of Nevada. Discovering an interest in the ministry of stewardship and development, Adam later joined the development staff of the Basilica of the National Shrine of the Immaculate Conception before being named Executive Director of the Office of Financial Development for the Paulist Fathers. He served as founding Director of Development for the International Catholic Migration Commission, and directed several capital campaigns as a senior director with CCS Fundraising. Before entering seminary in 2019, Adam directed the office of stewardship and the How Firm a Foundation capital campaign at Trinity Church in the City of Boston.

Adam was elected three times as Town Moderator for the town of Stoughton, Massachusetts. He also formerly served as Rector's Warden at Trinity Church in Stoughton, the parish that raised him up for holy orders. He was ordained a Deacon in the Episcopal Church in April 2022 and a Priest in November 2022.

Adam is a native of Greenville, South Carolina. He is married to Adam Hartsock, and they live in Vancouver's west end with their two dogs, Marvin and Quincy.