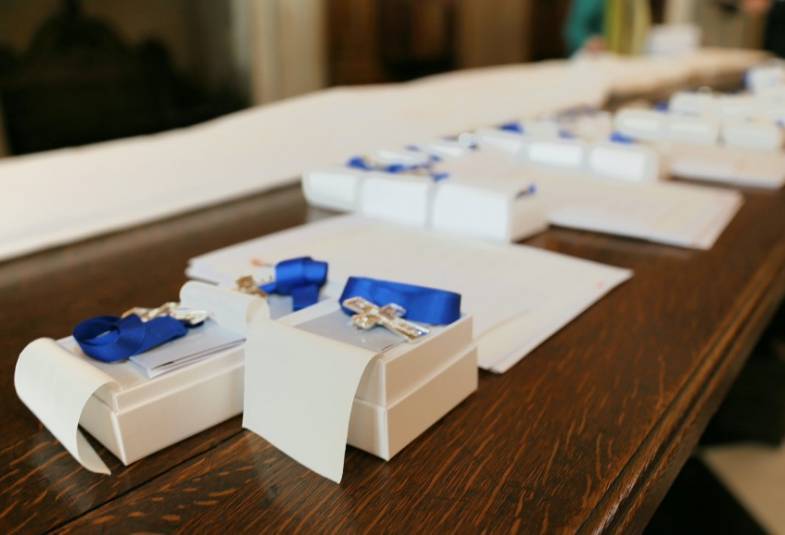 On Wednesday April 7, the announcement of the Archbishop of Canterbury’s Thomas Cranmer award became public. I wish to express my wholehearted appreciation for SO many thoughtful messages of congratulations that poured in - even some lovely cards in the mail. It has  been truly overwhelming. Thank you, thank you!

I was curious to know how the application for such an award was set in motion, so I asked around.  There were in fact many names that played a part in this process, which I understand began as far back as the summer of 2020. Thanks to Helen Dunn and Jake Gramit for passing on names to me. In addition, Peter Elliott noticed some missing names who were part of the nominating committee. He  also said not to forget to mention that it was our Primate - Linda Nicholls - who originally submitted my name to Lambeth. He said that if it wasn’t for her, no one would have known about the Thomas Cranmer award. Thank you Linda! And thank to these fine people:

I would like to conclude with a short, but true story titled:

“How I dusted off Cranmer, and almost lost an award.”

The following dates I will always remember, because it turned out to be a very bizarre turn of events: On Tuesday March 3rd, I woke up with a lot of energy with a crazy desire to clean my whole apartment  (spring fever or something silly like that!). I have certain piles of books in my bedroom that I put aside  every year for SUMMER reading (one of my favourite summer pastimes). One book in particular I was  dusting off that morning was given to me by my Anglican priest brother-in-law. It is 4 inches thick (and  no more than 10 pt. print!) For 3 years, I kept procrastinating saying: “oh well, next summer!” This  time, while dusting it, I made a solemn pledge to tackle it FOR SURE this summer!  The title happens to be “Thomas Cranmer” by Diarmaid MacCulloch.

The very next day - March 4 - I received an email from the secretary of the Archbishop of  Canterbury. He said: “Did you receive my email dated Feb 15th?” I said oops, I thought it was some  sort of newsletter, and told myself I would come back to read it later. (of course I forgot!). He said that  my name was up for an award called the Thomas Cranmer Award for Worship. If I was interested, I  needed to fill out an acceptance form, but the deadline was Friday March 6. That meant I needed to fill  it out and send it back, no later than Thursday March 5!

The rest is history of course. Talk about by the skin of my teeth! I thanked him profusely for following  up and chasing me down. I must tell the secretary this story too, of “how I dusted off Cranmer, and  almost lost this award.” Ha! Ha!