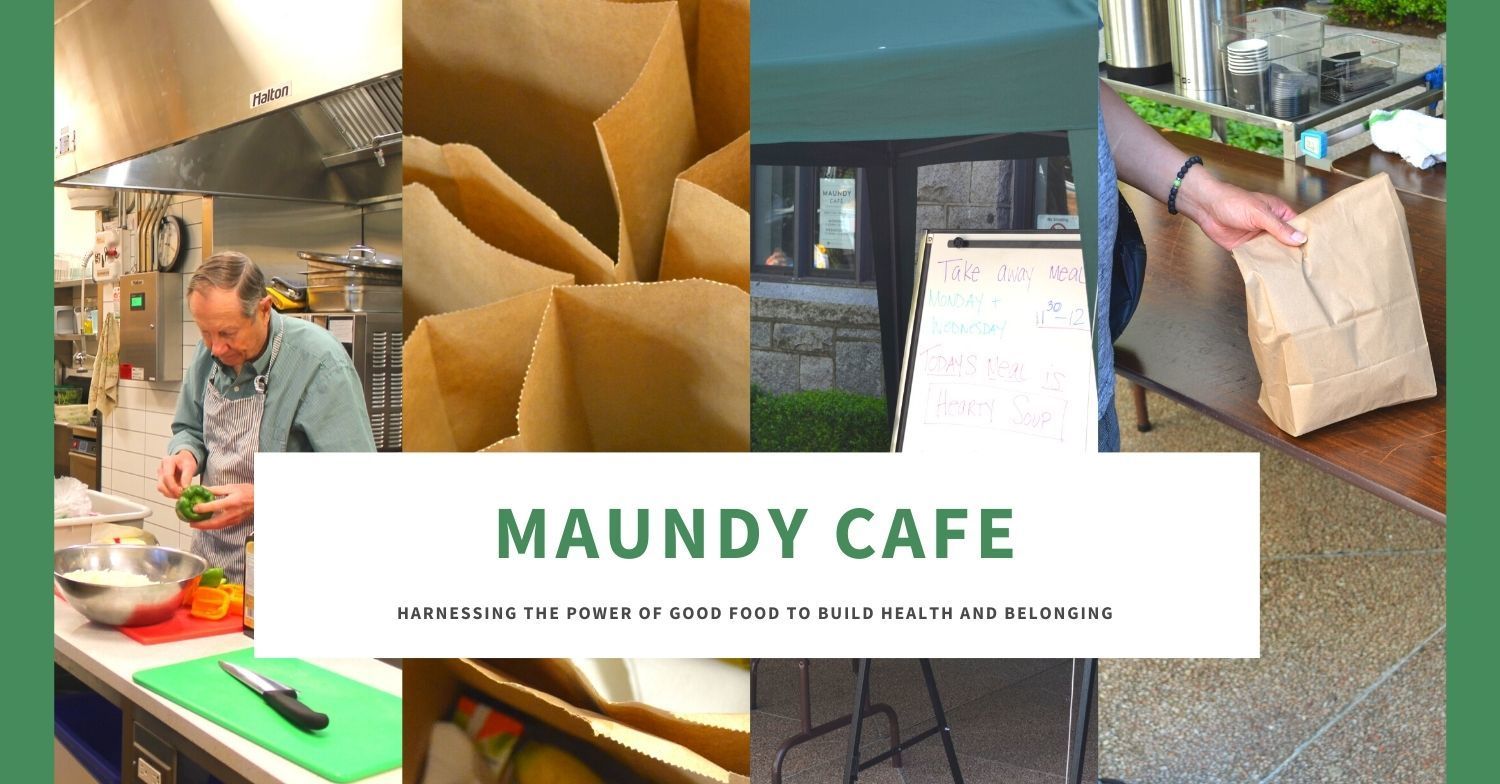 This blog post is adapted from a paper delivered at Beyond Housing to Homefulness on April 22, 2021. The four-part online symposium took place on four Thursdays in April and May.

In November 2016 at the conclusion of a year-long city-wide consultation process, the Vancouver Summit gathered a broad spectrum of Christian leaders from across the region. On the summit’s first morning, keynote speaker and then city councillor Andrea Reimer said to the assembled crowd, “I want you churches to put us on notice that you’re not going to offer charitable food anymore.”

As you might imagine, the room sat in stunned amazement and rapt attention as she told us in no uncertain terms that the continued existence of charitable food was an indictment of our city, an indication that we were not as spectacular as the tourist brochures made us out to be. The church should be telling the city, and the politicians elected to govern, that we would no longer put up with a community that claims to be for everyone, for human flourishing, for the common good, when economic chasms and fissures continue to swallow more and more of our neighbours. We should not stand for a city, she seemed to be saying, that was perfectly willing to cast more and more people to the place where there was weeping and gnashing of teeth. Her indictment, real. Her invitation, honest. And it’s one I’ve returned to many times since.

Councillor Reimer’s challenge came at just the right time. It came while we were working to re-envision the Maundy five years ago. Influenced by the biblical prophets, eco- and liberation-theologians, ministry leaders and food security practitioners, we have sought to nurture a space of proximity and relationship amongst guests, volunteers, and staff. This work continues to this day under Vienne Chan’s able and visionary leadership. All this in service of discerning together how to best respond both to peoples’ needs, and the broader needs of society. The early days of this transformation are documented in part in A Sort of Homecoming, in my chapter, entitled Revillaging the City: How One Congregation Transformed its Charitable Food Ministry to an Agent of Shalom.

A lot has changed in the intervening years. The pandemic has revealed how broken the current charitable food system is. In Vancouver, a city already plagued by income inequality; a city where the distribution of wealth is far from equitable, and where many are precariously housed, there remains both a need for emergency food distribution and a need to move further and further upstream to address systemic issues leading to poverty.

As a Cathedral community, enmeshed as we are in the life of the city, and with these needs all around us, is it enough to stop at arms-length charity? How might we respond to the challenge—as voiced by this former City Councillor—to tackle the systemic work? What is the role of a parish community or a diocese in putting city councils and provincial governments on notice that we are no longer going to cover up the failures of the system they oversee on our behalf?

We must tackle systemic injustice together. To do so can be uncomfortable. For in doing so, we must also acknowledge that our own programs, as beloved as they are, fall short of justice in a number of ways. This work gives many of us meaning. It is a help and often a lifeline for those who come. We aren’t wrong when we perceive our food programs as immediate good news for those in need of a meal or some groceries.

And yet, research continues to make it clear that emergency food support has no long-term impact on levels of food insecurity.

Paul M. Taylor, former Executive Director of Gordon Neighbourhood House, and now ED of Food Share Toronto made this clear in his address to the Maple Leaf Centre for Action on Food Security’s Food Security Symposium. He said, in part, “Our food and political systems aren’t broken—they are working the way they were designed to.” According to Taylor, the poverty we see isn’t an aberration, but rather the result of our current political system in which “colonialism, patriarchy, white supremacy and racism all shape who gets to eat. They shape where we live. Or who gets to work. And who gets to lead the solution finding.”

The truth of this statement has been brought to the fore over the last year with the growing visibility of anti-Black, anti-Asian, and anti-Indigenous racism in our communities and across the continent. Symptomatic of this embedded racism is the way the charitable food system relies on one person’s crumbs to fill another person’s plate. At the Maundy we seek to serve our very best, and that’s noticeable to our guests. Even so, something is lost in this exchange: namely the inherent dignity and agency of people who ought to be able to make food choices for themselves, or for their families. At a high level, this observation might lead to the exploration of a universal livable income. That’s a different topic for another time.

At the community level, and in the context of faith communities using food as a means of creating homefulness, what can we do in the face of the current economic system that privileges some, and pushes others to the margins?

A few months into the pandemic, the leaders of the Cathedral’s food programs started receiving some pretty clear feedback from many of the people that the Cathedral continues to serve through its adapted To-Go meal program. Over the previous few years we had developed solid relationships with many of the guests, and made ourselves open to regular feedback. Many were grateful that we were still able to provide high-quality takeaway meals under the circumstances.

As the months wore on, we began to see increasing numbers of people we hadn’t previously gotten to know through our sit down meals. Seniors. Newcomers to Canada. People who were housed, but precariously so. They too were grateful for the meals, but what they really missed was the ability to prepare fresh ingredients for meals they could prepare in their own home. With the pandemic hitting many households economically, they were less able to afford the fresh fruits and vegetables they needed.

As we got to know our new neighbours better, we started to hear the same refrain from a growing number of people. Would it be possible to get fresh produce?

Having heard the same question enough times from different people, we reached out to a local food distributor to investigate options. In talking to the distributor, we found a way to order food directly at prices below retail. In conversation with guests, with other and community organisations  in the neighbourhood, we began to develop a bulk buy club. We would take orders, have the food delivered to the church, divide it into bags for members of the club, and then distribute it alongside our take-away meals, one day per month.

March was the first time our first Bulk Buy Club distributed fresh fruits and vegetables. Each member of this co-operative venture received four oranges, four apples, three avocados, six potatoes, six tomatoes, a head of romaine, a head of kale, celery, a cucumber, three onions, two broccoli, and an acorn squash, all for $15. It was a lot. And it created another problem. How were people going to get all this food home? A few weeks later, people were still talking about how hard it was to eat their way through all the vegetables. And so we’re adapting the program to scale it for various size households.

There is a lot that this initiative cannot do. It cannot increase peoples’ income. It cannot change the basic conditions of the system that perpetuates poverty for some and wealth for others. But what it can do is this. In relying on cooperation amongst households, in relying on relationships and conversation, in pooling resources, money is going further, and at the same time, meeting peoples’ nutritional needs. This is important in a year where the average family of four is expected to spend an additional $700 on groceries.

From the beginning, the Cathedral’s Food and Hospitality Coordinator Vienne Chan has said:

“We know that the problem of hunger won’t be solved by more charitable food. What we really need to do is question and replace the economic models that lead to the ever-increasing income inequality that so many of our neighbours are experiencing.”

And that will require work. Not just by individuals or congregations, but by broad based coalitions of people committed to working towards a care-filled society. In the interim, and while we work on those challenges, the bulk-buying club offers and other similar programs offer the opportunity to work with our neighbours to ensure that more people have enough of what they need. And it’s simple. And it’s replicable in churches and communities across the city, the diocese, indeed, the entire country.

It’s one step further upstream. It offers one way of understanding that our lives are bound up together. It offer one way of building community over shared food. And not just food that is prepared, packaged, and handed to you. Food that is selected and distributed, so that you can make something delightful, and share the recipe with others.

As the Cathedral moves forward in exploring this model, we continue to contend with Councillor Reimer’s challenge. What do we need to do to put the city on notice that we aren’t going to offer charitable food anymore? To do that we need to continue to call a beloved community together that will continue to work towards a world in which each person has enough, and in which all people one day, with God’s help, know that they are enough.

Andrew Stephens-Rennie is the former Director of Ministry Innovation at Christ Church Cathedral, and the current Missioner for Valhalla Parish in the Anglican Diocese of Kootenay. He is co-editor with Marcia Boniferro and Amanda Jagt of A Sort of Homecoming: Essays Honoring of the Academic and Community Work of Brian Walsh.