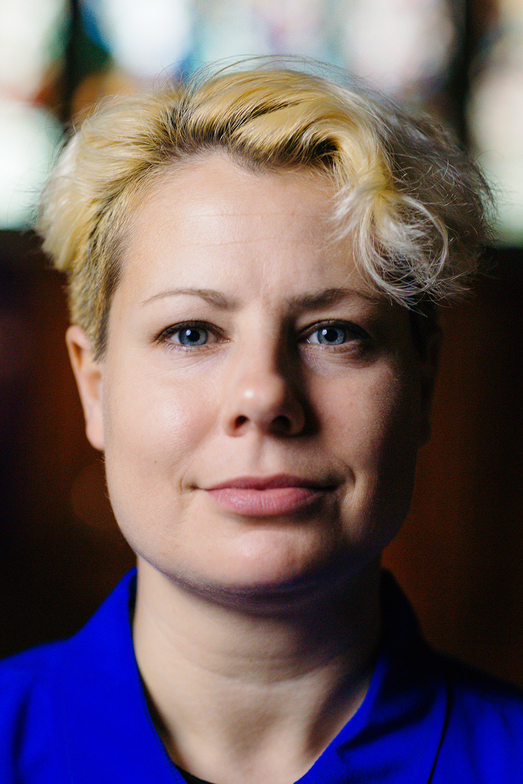 The farms of Manitoba are not the first place you might expect someone to discover their artistic talents. Yet that is exactly where Andi G-Dub began developing her artistic and creative abilities.

“I’m just a prairie kid from Manitoba. I grew up on a farm,” she says, as if art isn’t a crop that should flourish on a prairie farm. But Andi’s parents recognized and supported her creative abilities. “During the day I was always outside, making things outdoors with whatever was around. Then I’d come inside and keep busy painting and drawing,” Andi recalls.

Thanks to her parents' support, Andi continued developing her artistic skills past childhood, into adulthood. Drawing became a way to capture and immortalize feelings.  “I prefer to draw, but I’ve been gradually learning to paint over the past three years with acrylics and now oil paints,” she says.

Andi is a self taught painter. While teaching oneself to paint might scare some people, her philosophy is quite simple and freeing: “I have an idea and I just try it out. If I hate it, I’ll just paint over it!” she says.

While many artists create by “seeing” an image and translating it onto their canvas, Andi takes a different approach. “I feel. I feel if something is smooth, for example” and she translates that onto her canvas. The end result is her paintings feel like living tableaus.

For Andi painting and drawing is also a sacred space of sorts. She recently learned she is on the autism spectrum and the diagnosis clarified many things for her. "I can hyper focus when I'm creating something," she explains. That realization led her to understand that "This is what I'm supposed to do."

When Andi heard about the “Spiritualty, Art & Community” exhibit organized by Outsiders & Others gallery in collaboration with posAbilities and Christ Church Cathedral, she felt called to submit one of her paintings. “I believe in community, I believe that we’re better when we’re together and we care for each other. That’s also my spirituality,” she says.

The painting Andi submitted is of a pond off the Bow River in Calgary.  “It’s a place I used to frequent when I was living in Calgary. It’s one of my favourite places.”

“I stumbled across it on a very difficult day and I felt ‘I’m supposed to be here’,” she says.  “It’s peaceful, calm, and private - surprisingly so since there’s a bridge nearby. You can see the bridge, but from the bridge nobody can really see you” Andi recalls.

While Andi returned to the pond often and saw it evolve with the seasons, the painting she submitted for the art exhibit was a snapshot of the day she first stumbled across the pond. “It’s melancholy” she explains, and indeed one sees Andi’s melancholy in the painting.

The Pond, and 18 other pieces of art submitted for the exhibit by self-taught artists will be on display in the windows of the Cathedral’s Park Room from March 27 to May 02. You can come to the Cathedral and view the exhibit at any time during that month, without needing to come inside. A description of each piece and artist will be available via QR code. Some pieces are also available for purchase. Purchase details will also be posted along with each piece.