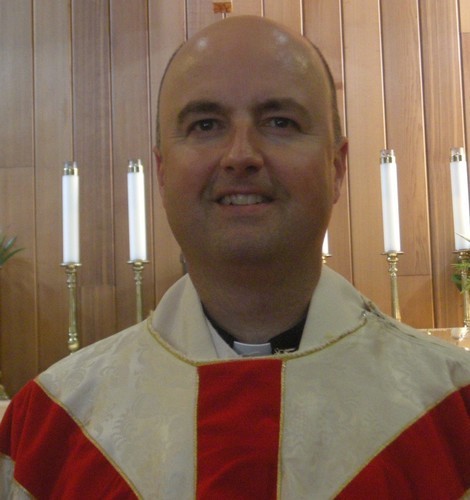 I am pleased to share that Bishop John Stephens has approved the appointment of the Rev. Armand Mercier as a part-time, interim Pastoral Assistant effective August 1. He will also be part time rector at St. Alban’s church.

Armand is husband to Carol Anne, dad to Benoît, 11, and Étienne, 7, and lifelong (almost) resident of Alberta, answering the call to serve God and God’s Church in the Diocese of New Westminster.

After obtaining a Bachelor of Commerce from the University of Alberta, Armand worked for a number of years in the automotive industry before beginning a discernment to ministry in the Franciscan Order in the Roman Catholic Church. After ordination to the diaconate and obtaining M.Div. and M.Th. degrees, he left the Franciscan Order to marry Carol Anne. Some time later, Armand and Carol Anne were called to the Anglican Church, where they participated as parishioners for several years in two different communities.

Armand was subsequently called to serve as a deacon, before receiving the call to the priesthood in 2016 and serving as an honourary assistant in the Diocese of Edmonton. In 2017, he was inducted as Rector of St Stephen’s Parish, where he served until July 2021. He also worked at Habitat for Humanity Edmonton from 2010-21 as Director of Family Services. Apart from enjoying the company of his family, Armand enjoys outdoor activities such as camping, hiking, and cycling, and he and his family look forward to many new adventures in the Diocese of New Westminster.

I am excited to have Armand assisting the Cathedral’s pastoral team until a new vicar is called. Armand brings a contemplative approach to spiritual and pastoral life and is experienced in ministry for seniors. This mix of experience and skills will enrich the Cathedral’s already vibrant pastoral offerings. His appointment also builds an important bridge between the Cathedral and St. Alban’s and allows both communities to meet their pastoral needs, acting as a resource for each other.

Aug 14
The Feast of St. Mary the Virgin

Family Back to School Resources Pride Sunday Summer Day Camp: What We Did!