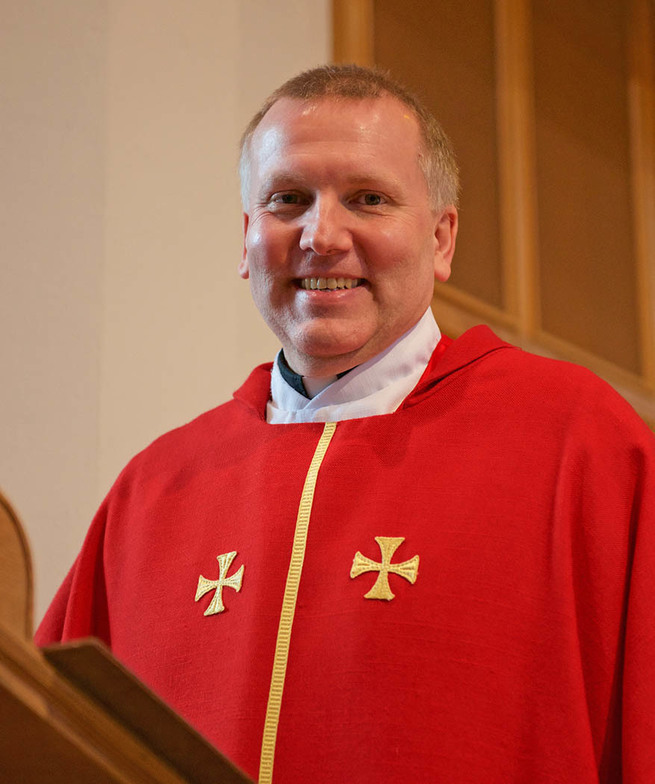 As the Cathedral of the Diocese of New Westminster, On Saturday, January 23 Christ Church Cathedral will host the service of Consecration and Ordination of the Rev. John R. Stephens as the Bishop-coadjutor of the Diocese.

The service, like so many others over the past several months, will be unlike other episcopal ordinations the diocese has seen: a total of 10 people will be present in the nave for this Eucharist service—including the tech crew the diocese is bringing in to livestream the service.

Upon his Ordination and Consecration, the Rev. John Stephens will become the Bishop Coadjutor of the Diocese and minister alongside the Archbishop until her retirement on February 28.

Rev. Stephens, aged 54, has been a priest of the diocese of New Westminster for 25 years. Ordained in the diocese of Huron in 1991, he began as Deacon in Charge (and subsequently Rector) of the three-point Parish of St. Matthew’s, Florence, Grace Church, Bothwell and St. John’s, Aughrim in that diocese. In 1995, he was appointed Rector of St. John’s, Squamish.

John with his family had emigrated to Vancouver from Ireland when he was very young as his father the Ven. Bill Stephens was called to ministry in our diocese. From 2001 to 2016, he was  Rector of St. Philip’s, Dunbar and during this time he was also Archdeacon of Vancouver. He also served as priest-in-charge of St. John’s, Shaughnessy following that parish’s return to the care of the Bishop of New Westminster following years of litigation leading to a Supreme Court decision in favour of the diocese of New Westminster in July of 2011.

Four years later, Rev. Stephens was appointed Rector of St. John’s,Shaughnessy and has shepherded the parish through a time of growth in attendance, growth in compassionate service and the development of strong lay leadership that will be a foundation to build on for the parish moving forward.

Participate in the Service of Consecration and Ordination

The Eucharist service for the Consecration and Ordination of Bishop-Elect Stephens will be livestreamed on the Diocesan Youtube channel as well as the Cathedral’s website. You can take part in the livestream here at 11am on Saturday, January 23.

The bulletin for the Reverend John R. Stephens Ordination is attached below.
Please open or download to follow along during the livestreamed service.
We encourage all who are participating virtually to say the responses and sing along.