NEWS ALERT Masks to be worn at Worship Services 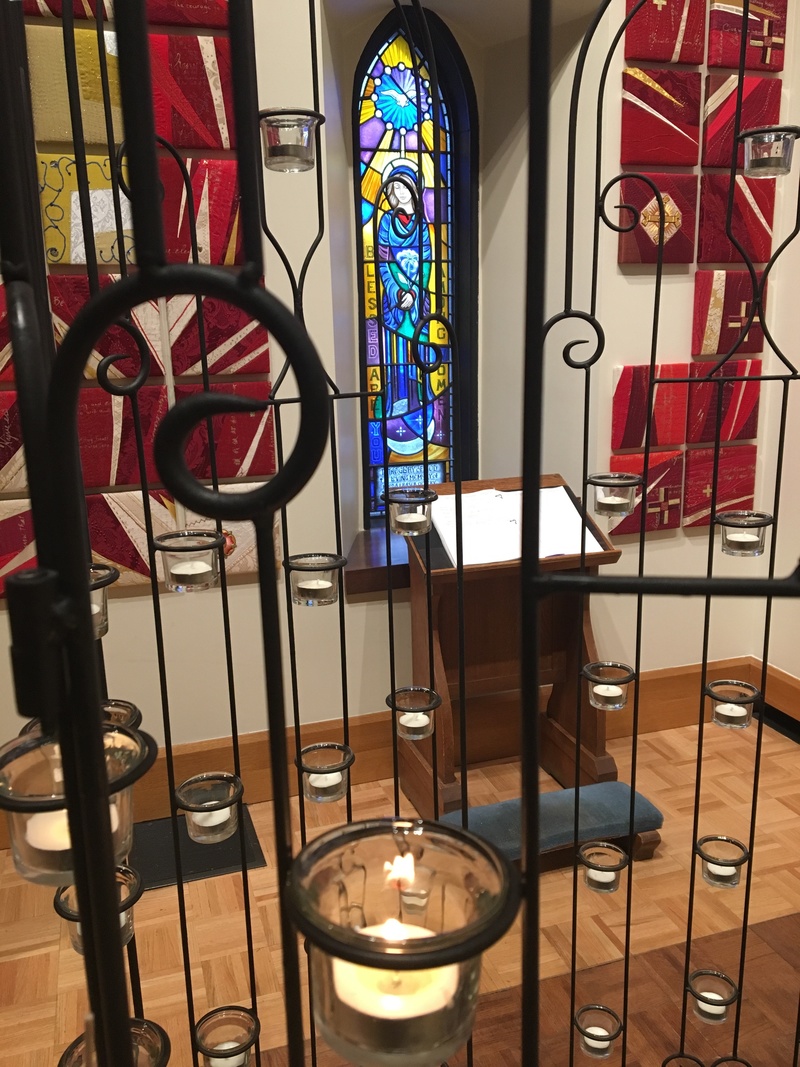 We love a story with a happy ending. We love movies with tidy endings and books that end with a clear conclusion. It’s nice when things are clean and lack uncertainty. Though sometimes, when there is a possibility for a sequel or a trilogy, like the Star Wars series, or Harry Potter, we will be left on the verge of something new, preparing ourselves for the possibility of whatever might come next.

And that is closer to where we find ourselves today with our Deuteronomy reading.

This reading, this particular part of the Moses story marks the ending both of the book of Deuteronomy and the Torah or the Pentateuch: the five books of Moses. The people of Israel have travelled a long way, they have left slavery, come through the desert and its many challenges, they have learned a lot about God and themselves and now they are on the edge of the promised land. Moses, ‘a prophet like none in Israel, whom the Lord knew face to face”, will only get to see it from the mountain top and then he dies.

This land will be given to those who follow him, his descendants – those who have travelled with him and those who come after, but Moses won’t go. His journey ends here.

He will die on that mountain, having come so far and through so much, and the people of Israel will begin a new chapter without him.

And so we stand on the top of the mountain with him, wondering what comes next and also maybe, who it is that will inherit the land that he surveys.

I love the old testament because it really is full of stories of the realities of humanity. These stories remind us that sometimes don’t get to see the whole story through; sometimes we have to leave the next chapter up to someone else, even when we have worked hard to get to where we are. Because none of us is indispensable – and that is hard to hear. That is tough information for any of us.

We are important, beloved, cherished, known. And for each of us, the story goes on beyond our own. And this is the thing about scripture – it sometimes tells us what we don’t want to hear – or leaves us hanging and insists that we dig a bit for the meaning. It doesn’t just tell us stories that we love and it doesn’t always give us all of the information that we need. And that is what I really want to talk about today, the power of scripture and the Biblical stories for us and why we can’t just pick and choose, though we might really like to and why we need to look deeper.

These scriptural stories and particularly the old testament sometimes tell us stories that we don’t want to hear, with some really hard and harsh realities of the world that surrounded the authors of scripture- that still surround us today. Some of the stories are graphic and ugly, they leave people out and it would be far easier for us to look the other way - or turn the page or just not talk about it.

And what we hear today isn’t even one of those stories – it Is just the end of Moses’ story and it feels kind of lame that after coming so far, he doesn’t get to see it through – other stories are far worse.   But still they point us to the same thing – these Biblical stories do not shy away from the harshness of the human story and how ugly it can get and by telling them to us, they invite curiosity and anger and sadness, among other things. They force us to look closely as ourselves and our own relationships with God, with ourselves and with each other. They are stories of redemption and grace and a God who never leaves us – no matter how wrong we get it – no matter how often we leave each other.

These are our stories and it is our work to read them and confront the realities that they present, to be in conversation with them and each other about what they might be trying to point us towards. It is our job to notice the words that are used and to unpack the cultural meanings that are embedded in these stories. It is our work not to ignore or to choose, but to look closely and wonder and feel. Get angry – look deeper.

One example of this might be the discourse that scholars have had and maybe continue to have about why Moses is shown the promised land but is not permitted to enter it. Maybe it was just his time, he was (we are told) 120 years old – that is old by any account.

Some have said that it is because the story that is told in Exodus about Moses giving water to the people by striking the rock because when it is re-told in the book of Numbers later, God apparently told Moses to command the rock and instead he chose to strike it – this (according to the book of Numbers) makes God angry and he bans Moses from the promised land for lack of trust.

Dr. Wil Gafney, who is quickly becoming a favorite resource for me on the Old Testament suggests the following: “God’s rebuke does not mention the water or the rock and could well refer to Moses’ disobedience with regard to Mahlah, Noah, Hoglah, Milcah and Tirzah….

For many womanist and feminist readers and hearers of the Scripture, the saga of Mahlah, Noah, Hoglah, Milcah and Tirzah, the daughters of Zelophehad, is an empowering text, demonstrating women’s agency in confronting sexism and other forms of injustice in one’s own cultural and religious community. In a truly rare move in the Scriptures, their story is an explicit affirmation of women’s agency and resistance to patriarchy by God”[1]

Now, who of you knew who these women were? Who of you had read the book of Numbers to remember this story? Because I had not – I hadn’t paid attention to the voices of these women in my previous readings, so I had to go back.

So for those of you who, like me – need to look the story of these women up – here is a very quick re-cap – Zelophehad, who has only daughters dies. And concerned about what will happen to them and the land, his daughters go to Moses and advocate that they should be given their fathers land. Moses not sure what to do about this, takes it to God, who agrees that this should happen. But Moses doesn’t follow through on his promise. Moses, who owes his very existence to the bravery of the women at the beginning of his story doesn’t seem to follow through on his promise to these women. When we get to the part of the story that we hear today, there is no mention of these women in the listing of the land. Maybe God is mad about that.

Dr. Gafney offers the possibility that this why where he disappointed God. In his failure to honor his commitment to these daughters of Zelophehad.

We miss conversations like this when we skip through the books and don’t pay attention to what they are trying to tell us – or when we don’t read around the texts to find out what other people are saying or have said about them. We miss what God might be telling us now about who we are to each other and to God and what God values – which I submit is always going to the be the creation which they made in their very own image.   And so my point is this: that these stories continue to be important for us today, but they require conversation and thoughtfulness – they cannot be taken at face value and I contend that the writers or tellers of these stories never intended for them to be read or heard that way – they were intended to be a telling and a conversation. We are expected to ask questions and to learn more.

· I wonder which part of the story you like best?

· I wonder which part of the story is the most important?

· I wonder which part of the story you like the least?

· I wonder if there is a part of the story we could leave out and still have all of the story?

· I wonder which part of the story is most about you? [2]

The Biblical stories, like our lives don’t always have tidy endings, they are complex and rich and worth wondering about.