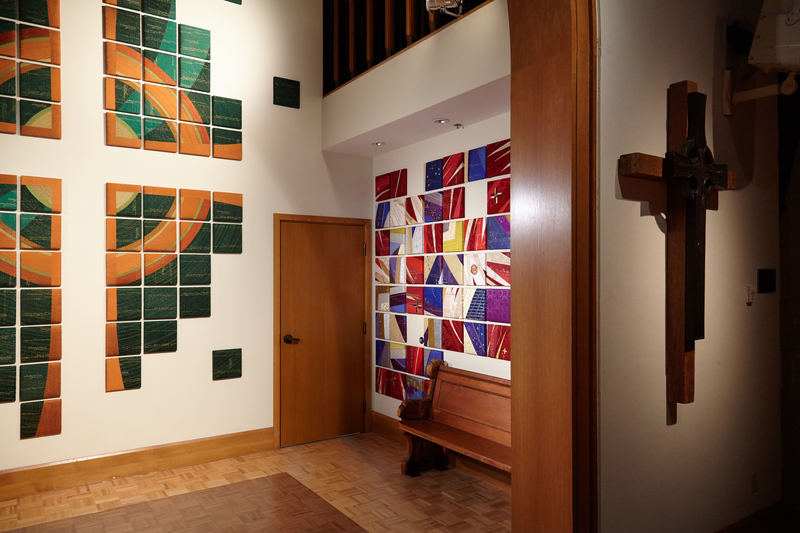 Sometime ago, Ellen Clark King (the Vicar at the Cathedral before Helen), was preaching and she began her sermon by saying, “a lot of people ask me, what clergy think of sex. Well,” she continued, “we like it.” And then we run into a text like Paul’s first letter to the Corinthians, “Shun fornication! Every sin that a person commits is outside the body; but the fornicator sins against the body itself.” (1 Cor 6:18) Oh my goodness! What do we do with such a text? Well, I say, lets dive in! Let’s see what this might mean for us in the 21st century, isolated in our rooms, in the midst of pandemic, eating junk food, watching the terrible anger and grief tying up our American cousins, on this eve of Martin Luther King Day.

The first thing we can uncover about Paul’s letter is that scholars generally agree that we’re reading a response to another letter sent to Paul from the nascent Christian community in Corinth. So, we as you read this letter, know that Paul is responding to some questions. Secondly, Corinth is a sea port. It still exists. A number of years ago I was in Athens, sitting in a taxi on a highway heading from the airport, and I saw this big green highway sign “To Corinth”. And like any sea port, it was a pretty wild place. In fact, Corinth was known as a place where you could do and buy anything you wanted.  In the 60’s and 70’s of our era, there was a where wealthy men could gather and whereanything goes; it was called The Playboy Mansion. Corinth, especially for wealthy men, was a city sized Playboy Mansion.

Third, the Christian message was calling for a flattening of the traditional hierarchy in households; all Christians were apparently a child of God. Good news for the poor and enslaved, not so much for the wealthy men who held power. And in addition, it seems Paul had some competition. There were other preachers, who were apparently attracting different people to various Christian messages.

One in particular, Apollos, (who Paul mentions earlier in this letter (1 Cor 1:12) appears to have been a bigger hit with the wealthy elites than with the slaves and labourers. So, at least in part, we can imagine that the wealthy (and likely male) Christians in Corinth are asking a series of questions like, “OK, we get this whole love your neighbour stuff, and the Holy Spirit – we are good with all that, but…do we have to give up the fornication?” And Paul, being human, and a bit paternalistic, answers, “Shun fornication!” Which, given that likely Apollos was telling the same people things like “All things are lawful…” (1Cor 12) probably didn’t go over all that well. Unless of course you were a woman, a slave, or a servant. Hearing Paul tell the rich men to “shun fornication” may well have been like a breath of fresh air.

Now, in the biblical Greek, the word translated here as “fornication” is porneia. The same word is also translated as ‘sexual immorality’ elsewhere. And it is of course also the root of the English word ‘pornography.’ The point I want to make is that ‘sexual immorality’ and ‘fornication’ translated from this word porneia can be very judgemental and contextual. And we are really only guessing about what Paul actually meant based on our own biases and what we infer from what we know about the time. It might have meant sex with sex workers, as he certainly speaks to later in our reading. It might have been pre or extra marital sex? Some have even argued, very thinly frankly, that he is referring to same gender sex. But I think all of these are missing the point. I think there is something here about the wealthy men of Corinth.

I think the people he is speaking directly to are the Donald Trumps, the Prince Andrew’s, and other friends and collaborators of the Jeffrey Epsteins of the time. And of course it goes deeper than those easy targets; he is speaking to any of us who have power over another person. Those of us who are managers of people, those of us who work with vulnerable populations, those of us who teach, many of us are in that sense the “powerful.” I’d like to play a clip of Martin Luther King preaching in August of 1967 about the relationship between love and power.

Might Paul be saying something similar in responding to the powerful asking about porneia?

“Power without love is reckless and abusive and love without power is sentimental and anemic.” Might Paul be saying, to the powerful, stop fornicating around, use your power with love. Might he be saying to all of us who have power-filled roles and moments rather than simply fornicating your life away, let’s change the world together in Christ.

As we sit, isolated in our rooms, in the midst of pandemic, eating junk food, watching the terrible anger and grief tying up our American cousins, on this eve of Martin Luther King Day, let us stop using our power recklessly. Let’s stop fornicating around and bring our love with and for each other, pulling the power of God’s love in and through us to bring about justice for all people. Let us look into our own country, province, communities and indeed our own hearts. Let us leverage our loving power towards reconciliation, towards a living wage for all, towards
sharing God’s creation, not abusing it recklessly. Lets stop fornicating our lives away and work together to make a difference for each other in Christ.

I want to close with another Martin Luther King clip, this time from a CBC recording for the Massey Lectures in December of 1967. He was assassinated a little over 3 months later.