In the spring of 2020, when George Floyd was murdered and videos of police brutality were spreading on social media, like many people across Canada and the US, I remember feeling called to do something. I was learning about my place in North America as a ‘white woman’. This was a new label for me and I was sitting with the unsettling truth that I was someone who experiences privileged access to wealth, employment, and safety at the expense of others because of my skin colour and my British heritage.

As civil protest accelerated in the US, I felt my role was to call other white women to take stock of the oppression we saw around us. Robin DiAngelo’s book, White Fragility, was gaining popularity in the news. I selected the book as a summer read and implored white women in the Cathedral to join me. Within 24 hours, 50 people had signed up.

The next day Tre Johnson published an article in the Washington Post titled, “When black people are in pain, white people join book clubs.”

Among the many lessons I learned from facilitating the book club that summer, chief among them was that, while it was a step in the right direction, starting a book club would not end racism. The work of undoing centuries of systemic injustice would mean a life-long commitment to action, a life-long commitment to grieving and unlearning the habits and behaviors of white supremacy. We can sometimes take on disciplines to end systemic injustice with great enthusiasm, but then we tire when we do not see immediate results. The work of being a Christian is to stick it out for the long haul and this is something we are reminded of in the church especially in the 40 days of what we call “the season of Lent”.

This evening’s service of Ash Wednesday starts off the season of Lent. “But how do we get to the ashes?” This is the question my colleague Miranda posed in our sermon preparation this week as we considered Ash Wednesday this year and the reading from Isaiah which puts tonight’s liturgy and the long road to justice into jarring context. The people in Isaiah’s community are called to do something about the oppression they see around them. They are called to fasting, sackcloth, and ashes. Fasting: going without food for a period of time in order to notice the convenience and security with which they access it compared to those they precariously employ. Sackcloth: a garment worn when grieving, the garment of choice for prophets like Isaiah, who wore it as a sign of protest against the inequalities perpetuated in their midst.

Donning sackcloth was coupled with the practice of lying down and piling ashes on your head. We see this in one of the most famous stories in the Bible. Queen Esther hears about Mordecai, her adoptive father, lying in sackcloth and ashes when he learns that a government official has agreed to pay off the king for the destruction of the Jewish people. Queen Esther tries desperately to get her father to pick himself up, even sending him royal garments to put on instead. But he refuses, so keenly aware of this national state of emergency.

Certainly there are examples of national emergency in our own context that warrant public displays of mourning. We think of the thousands of lives that COVID 19 has claimed; we remember the Valentine’s March in the Downtown Eastside led by Indigenous women for missing and murdered Indigenous women; and not only in Vancouver, but across British Columbia and Canada, we think of the opioid poisoning and overdose epidemic. All of these the kind of national crises which would trigger an occasion for sackcloth and ashes in the prophet Isaiah’s day.

This Ash Wednesday, we can’t physically get to the ashes. We can’t gather for this ancient custom of having ashes imposed on our foreheads as a symbol of the frailty and uncertainty of human life and the oppression that makes some lives more frail, some lives more uncertain. Sure, we’ve worked out a way to impose ashes from home, but that still leaves the heart side of things. How do we put on sackcloth and ashes not just with our bodies but with our souls? How do we not only physically, but spiritually “get to the ashes”?

Isaiah’s community responds with enthusiasm to the invitation to observe a time of self-examination and prayer. But soon they tire of not seeing any results. “Why do we fast, but you do not see?” they complain. “Why humble ourselves wearing this old burlap but you don’t even notice?” They are expecting these disciplines to work like a vending machine. We made the selection, we put on the clothes, how come nothing has changed?

As we commit to observing a holy Lent, I wonder how the spiritual disciplines each one of us has taken on for the next 40 days, how will these disciplines teach us to stay the course of justice the rest of the year and indeed the rest of our lives?

For the next six weeks, the Cathedral is using a devotional called “Emily Dickinson and the Poetry of Lent.” This resource is available to download on the Cathedral’s website under the blog tab. I encourage you to use it. Dickinson was known for being rather socially isolated. She basically went from her room to her garden and back again. Sound familiar? She is very much a poet for our time, someone we can look to who was in it for the long haul. She seemed to glean so much insight into God and the frailty of human life simply by observing the natural world. Emily Dickinson makes me want to become a gardener for Lent. Then the other day I looked at the dead plants in my home and thought, “Maybe not.”

“Becoming a gardener for Lent” is like the people in Isaiah’s community putting on sackcloth and ashes and expecting God to transform the structures of oppression they were responsible for like that---*snap*. It’s like starting a book club in order to end racism. A wise friend told me that for Lent I ought to choose instead one dead plant, the one that appeared to have the tiniest sign of life. For my Lenten discipline she said, “Try watering it.”

And in a year where many of us are feeling pretty downtrodden, that felt reasonable.

Who knows if my plant will come back to life? But I have faith that the ritual of slowly becoming aware of the natural world, going from my room to my plant and back again, this will one day make me the kind of person who could become a gardener. Just as I have faith that becoming attuned to the oppression around me, paying attention and noticing unjust structures as a life-long discipline, this, God-willing, is what makes a person into the kind of instrument that can be used to bring about justice on earth.

“The Lord will guide you continually . . . and you shall be like a watered garden” the prophet Isaiah says. Then “Your ancient ruins shall be rebuilt; you shall raise up the foundations of many generations; you shall be called the repairer of the breach.” 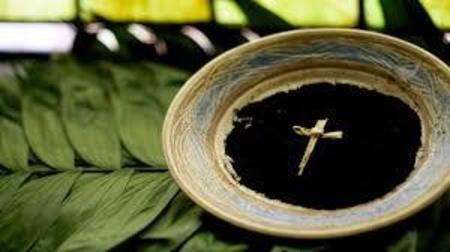 How do we get to the ashes?

A sermon for Ash Wednesday about the life-long discipline of justice
Ash Wednesday
Isaiah 58:1-12
Preacher
February 17, 2021
View all Sermons in Series