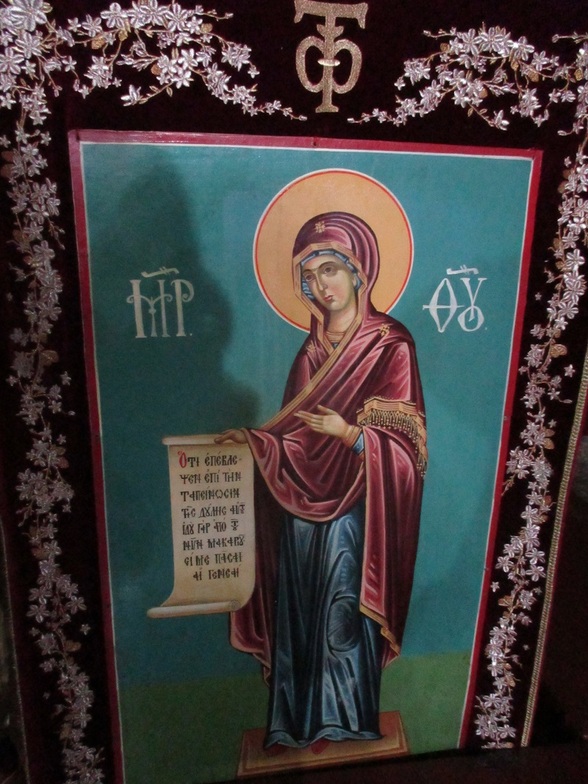 I, a mother, come to You

to come quickly to me

and protect my children…”

Helminski goes on to recount Matthew’s story of the flight of the Holy Family into Egypt. Here is yet another theme that weaves the three faiths of Judaism, Christianity, and Islam together: early and formative experiences of persecution, exile, and the establishing of a new home.

Judaism’s fundamental story is, of course, the story of the Exodus – God’s great liberation of Their beloved people from slavery, the great gift of the Covenant, and the promise of a new home. Not only did this impact the two succeeding faiths thematically, but both experienced their own oppression because of their faith. Many Christians found themselves regularly harassed and executed by the Roman rulers for refusing to sacrifice to idols or pledge loyalty to empire. Likewise Muslims struggled in the early years of their faith at the hands of polytheist tribes who sought to limit their freedom of worship. While Christians built up a reputation of enduring persecution, torture, and execution, many simply fled to seek safety, and the Prophet Muhammad led his own followers on the same path, fleeing first to Egypt and then to Ethiopia, where they were sheltered by a Christian king who offered them protection. They also received protection during their second exile from Mecca, this time from Jewish communities in Medina who shared their homes and food.

Though human beings are known for their forgetfulness, this shows us that care for the stranger and the refugee is at the heart of all three faiths. We would do well to remember Rabbi Hillel’s words when asked to summarize the Torah standing on one foot: “That which is harmful to you, do not do to your fellow. This is the whole Torah. The rest is commentary. Go and learn.” (Talmud, Shabbat, 31a).

It was not only fellow human beings who offered sanctuary to these three great families of faith. Helminski writes,

“All three Abrahamic faiths are joined in the experience of persecution and the seeking of refuge. And again and again, we witness the natural world rising up in support of those seeking to align with the Eternal Source of Beneficence[.]”

We see this reflected in the story of Hagar and Ishmael being saved by the sudden eruption of the Zimzam spring, the miraculous waters of Meribah in the wilderness, and folk tales of the Holy Family being shielded by juniper and rosemary bushes and also sustained through the sudden outpouring of springs.

All of these stories are illustrations of God’s boundless compassion and care for all creatures.

“God is enough for us; and how excellent a Guardian… And they returned with God’s blessings and bounty, Without having been touched by harm: For they had been striving after God’s goodly acceptance – And God is limitless in [Their] great bounty and grace.”

Jan 23
Testimony: We Are Not Broken

Chaplaincy at Christ Church Cathedral Reflection on Welcoming and Inclusion The Seventh Star: Journey to Egypt