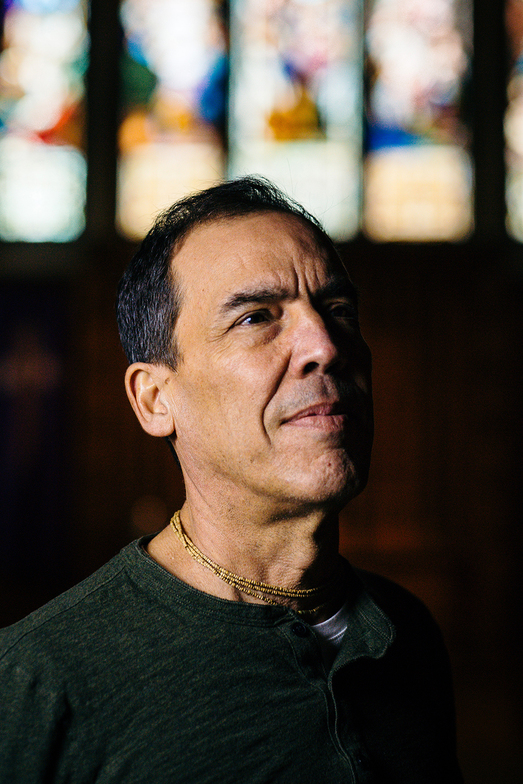 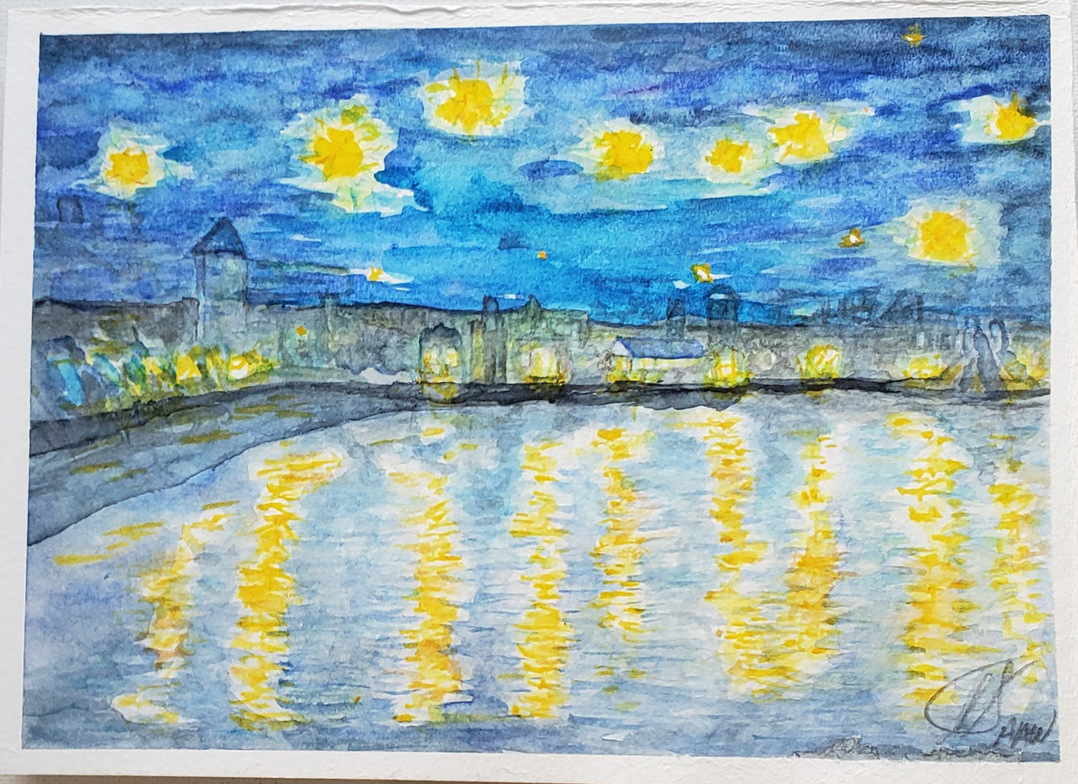 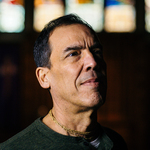 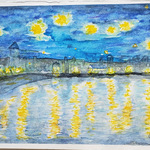 While the paintings of Vincent Van Gogh are considered beautiful, the beauty is coloured by his tumultuous, innermost emotions. Few people would willingly immerse themselves in an exploration of Van Gogh’s feelings. But Augusto Almenara Wilson knows that travelling bumpy roads makes for the most fruitful voyages.

Augusto’s voyage into Van Gogh’s “Starry Night over the Rhone” began the way many things do these days: a relative shared a video in a family WhatsApp group. The video was of singer Don MacLean’s song “Starry Night.” This particular fan-made video featured animations of various Van Gogh paintings, including “Starry Night Over the Rhone.”

The line “Now, I understand what you tried to say to me” repeats several times throughout the song. That line got Augusto wondering what, exactly Van Gogh might have been trying to say in the painting linked to the song, so he decided to try to find out. He decided to try his hand at recreating the famous painting by listening to that song while studying the original and recreating it on his own canvas, in watercolours. “His colours are very deep, but it’s hard to build that kind of depth with watercolours,” said Augusto.

Painting has always been a way for Augusto to put a concrete form to his emotions and thoughts.

Like many teenagers he took art classes in school in his native Peru. At 15, while “full of emotions and dealing with intense family situations,” he says he instinctively turned to painting. “I didn’t know where to start, I grabbed an old calendar with shiny paper and started painting on the back. I was really just throwing colours at the page. It was a cluster of colours,” Augusto recalls.

His artistic abilities have been tested. “My colours used to be ochres. Those colours reflected life in Peru,” he explained. But in Canada “everyone paints greens and I didn’t know how to paint greens,” says Augusto.

Eventually, Augusto embraced the greens of his new homeland and, as his painting of Van Gogh’s “Starry Night Over the Rhone” shows, mastered other colours as well.

When he learned about the “Spirituality, Art & Community” Exhibit organized by Outsiders & Others gallery, posAbilities and the Cathedral he felt drawn to submit his painting. “Art, by its nature, is woven together by the Spirit. It puts a lot of focus on the intangible in life,” he says.

He felt that the experience of painting his version of “Starry Night over the Rhone” was spiritual in that he immersed himself in a non-tangible reality, and allowed him to develop a connection to Van Gogh despite there being more than a century between them. Augusto says he was also inspired by the focus on community both because he has experienced what it can be like to not have a community to be part of, and he believes art can help form connections between individuals.

Not long before Covid 19 became a reality, Augusto had decided to make a concerted effort to embark on “a new path of life” by getting involved in new things and forging new connections to the world outside himself. “It didn’t go that way,” he says with a bit of a smile. In some ways it may have worked out better. The groups Augusto had started to connect with moved onto Zoom and suddenly became “special groups, safe groups where people can share the life experiences that give us character,” he says. It was through one of those groups that Augusto was encouraged to embark on his immersion into Van Gogh’s painting and through the same group that he learned about the art exhibition that would eventually feature his painting.