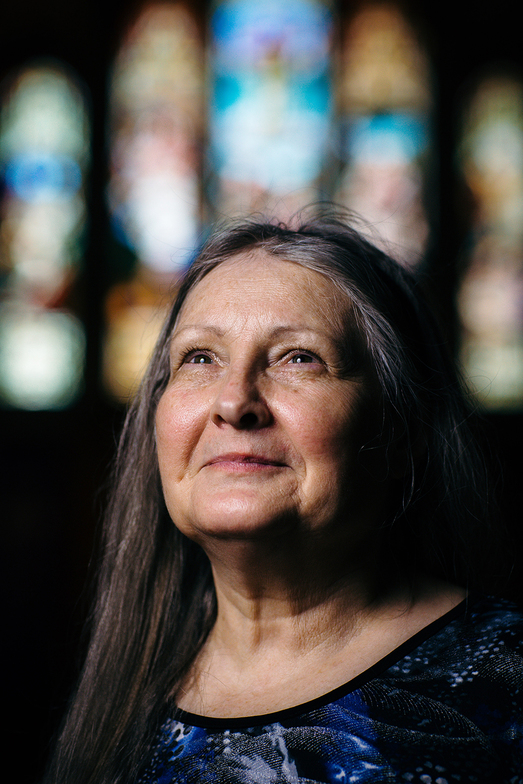 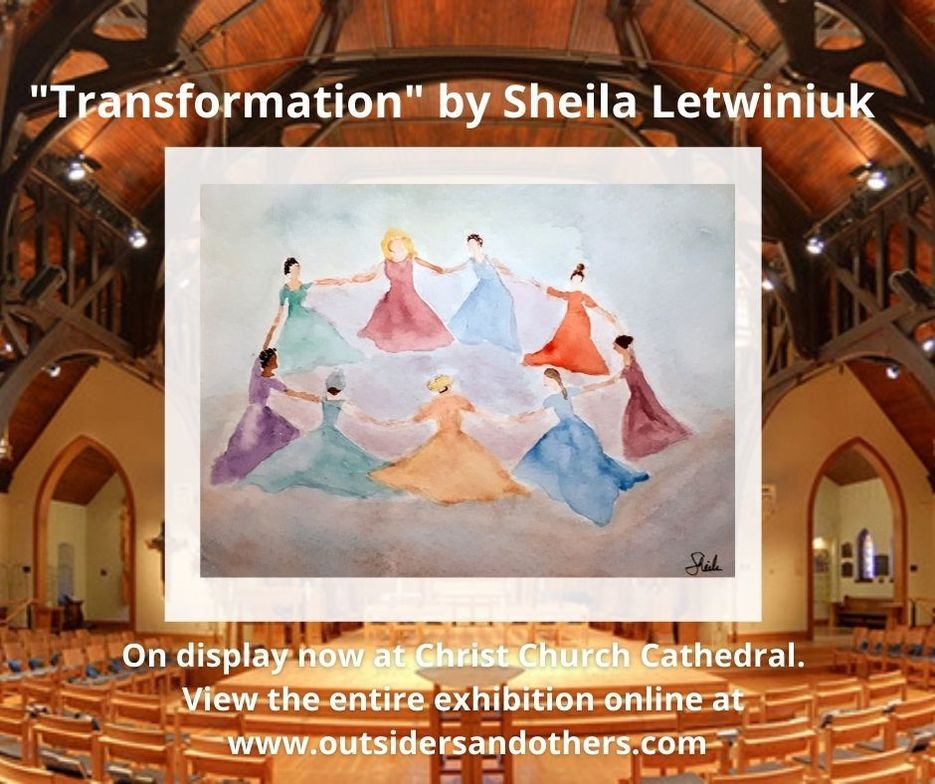 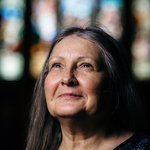 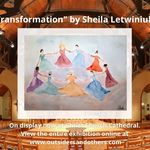 Say the word “artist” and one imagines a person who has spent years learning the techniques needed to express themselves in a specific medium, who carefully considers colours and shapes, and who treats their creations as one might treat a child. Sheila Letwiniuk’s first artistic endeavours were the complete opposite.

When she first put coloured pencils to paper, Sheila was recovering from trauma linked to abuse and a serious concussion that left her with cognitive impairment. Processing information and expressing herself was difficult. On top of that she discovered that people had little patience for a person who has trouble explaining herself. “I felt shunned,” she recalls.

Interacting with others became so difficult that she isolated herself and didn’t bother maintaining ties to her community and social circle.

Thankfully, Sheila says she had a great rehabilitation counselor who encouraged her to reconnect to her faith community. Sheila’s church has a tradition of praying over and with people to promote healing, and Sheila made use of this tradition. She found the experience cathartic. Slowly, she started tuning in more carefully to the things she was feeling and experiencing.

Sheila realized two important things: sometimes when people would say things to her she would see images - a visual representation of the thing they mentioned. She also realized that she had a deep yearning to put those images on paper.

One evening the urge to draw was so strong she grabbed copier paper - the only paper she had on hand - and watercolour pencils that had been given to her as a gift. “I painted all night,” Sheila says. “I would paint and as I finished a painting I would toss it on the floor and start on the next one. Then around two o’clock in the morning I stopped, I was done. I just walked over the pages on the floor and went to bed,” says Sheila.

The next day when she retrieved the paintings from the floor and carefully put them away, she felt something shifting inside her. “It was cathartic. I was processing everything I had been carrying around,” she says.

Some of the things Sheila paints simply come to her. She doesn’t always know why she’s painting certain things until she sits with the image for awhile. This is the case with the painting she submitted to the “Art, Spirituality and Community” exhibit organized by Outsiders & Others gallery with posAbilities and the Cathedral.

The painting Sheila submitted features a circle of women wearing long, colourful dresses, dancing in a circle. She knew she wanted to honour the women who were part of her healing journey, but she isn’t too sure why they’re all wearing long dresses. “I was thinking of the different characteristics of each of them.” The reason they’re in a circle is because she wanted to show “unbrokenness”, how these women were for her an unbroken chain of strength.

The "Spirituality, Art & Community" exhibition was organized in partnership with Outsiders & Others gallery and posAbilities. The exhibit is currently on display in the Park Room windows until May 2.